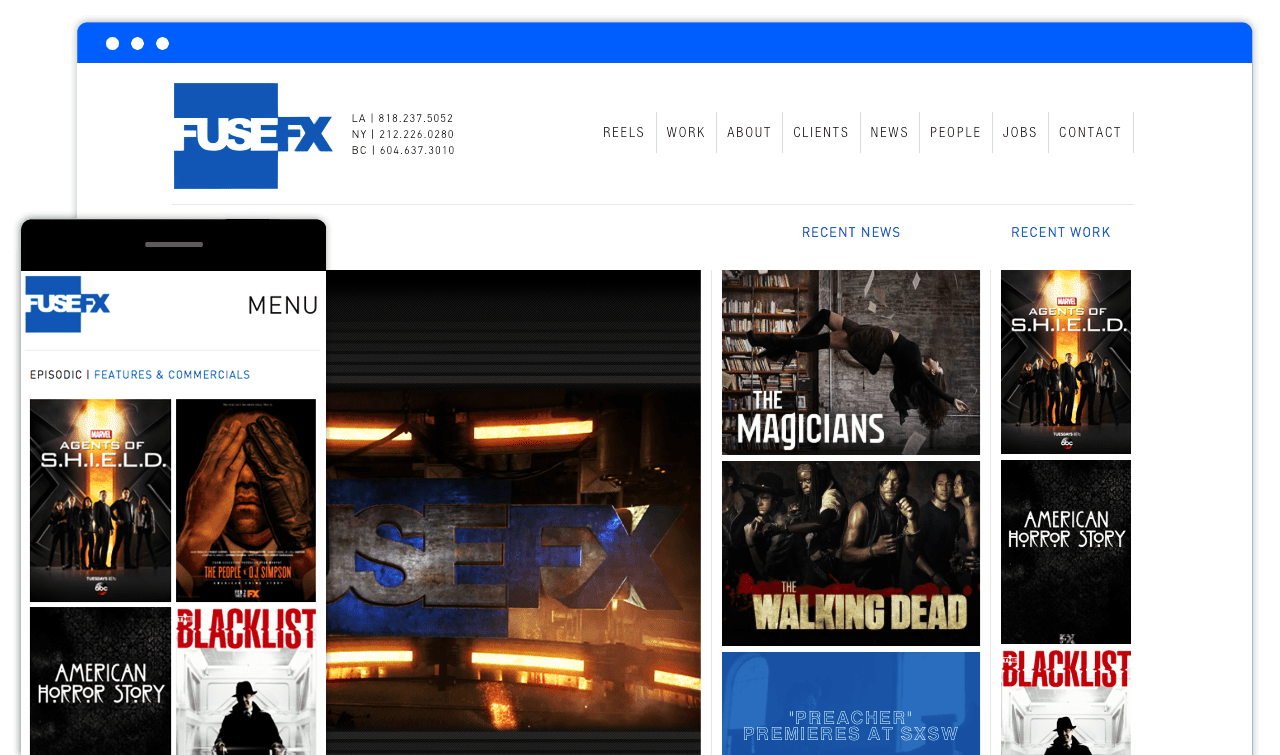 FuseFX has emerged as a leader in Visual Effects for episodic television, as well as increasing work on commercials and feature film productions. FuseFX has over 200 employees across three studio locations: their flagship office in Los Angeles, CA, along with studios in New York City and Vancouver, Canada.

FuseFX has developed a proprietary, highly efficient pipeline. This process differentiates the company from others in the business and allows for better quality control, faster turn around of shots, allows the artists to focus on the creativity of visual effects. The company has assembled a highly experienced team of artists, supervisors, and producers with a broad range of experience in all aspects of Visual Effects. The quality of the staff also differentiates FuseFX from its competitors.